The In Memoriam page for the Department of Chemistry, Earth Sciences, and Environmental Sciences is a list in honor of our deceased faculty and staff members. On this page, we celebrate their lives and all they contributed to our community here at BCC and the world.

May all rest in peace. 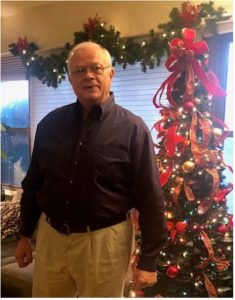 Dr. Brennan served for many years on the department’s Personnel and Budget (P & B) Committee until most recently before his passing. Dr. Brennan served as Interim Chairperson of the Department of Chemistry & Chemical Technology from August 2007 to July 2009. Dr. Brennan was instrumental in the creation of the department’s newest A.S. program, Science for Forensics. ABC-TV and the NY Daily News ran pieces about the new program. Dr. Brennan mentored many students in the department who moved on to become successful Medical Doctors, Pharmacists, Nurses, Physician Assistants, etc. He was also a mentor to junior faculty members in the department and across the college. Dr. Brennan was an active researcher and published 52 research articles in nutritional biochemistry, neuroradiology, Medical Science Nursing, Inorganic Chemistry, Organic Chemistry, and Chemical Biology. He had particular expertise in crystal structures, coordination Chemistry, tRNA, and Nucleosides. His score on ResearchGate was 31.7 which is quite an accomplishment.

Dr. Brennan was also a prolific grant writer. He was the co-PI on two 3yr cycles (1.6 million dollars in funding) of the National Science Foundation (NSF) Pathways to Chemical Technology Education and Careers (PCTEC). PCTEC provided the impetus to develop the BCC Pharmaceutical Manufacturing Technology (PMT) A.A.S. degree program of which he served as program coordinator for many years. PCTEC provided $3,000 summer internship opportunities for over 200 BCC STEM majors over six years. Dr. Brennan was PI on two five-year cycles of the New York State Education Department Science and Technology Entry Program (STEP), most recently on the 2020-2025 $1,250,000 grant award to the college. STEP provided experiential learning opportunities for High School students. Dr. Brennan was an active member of the PSC union and served for several years as the BCC Grievance Officer.

Dr. Brennan’s passing is a great loss to the department, the college, and the communities he was a part of. He will be greatly missed by all. Dr. Brennan is survived by his loving wife, Tessie Brennan, and his three children (Tara, Jason, and Erin) and his three stepchildren (Eileen, Theresa, and Maria)

Dr. Brennan’s family encouraged members of the college community to donate to Doctors Without Borders, a charitable organization that was also close to Dr. Brennan’s heart. 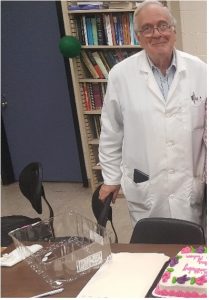 It is with great sadness that we announce the passing of Professor Emeritus, Martin Pulver, a highly respected and dedicated member of the Department of Chemistry, Earth Sciences and Environmental Sciences (formerly the Department of Chemistry & Chemical Technology) at Bronx Community College (BCC) of the City University of New York (CUNY). Prof. Pulver gave fifty-four (54) years of service to the department, the college, and the university. Prof. Pulver passed away on the morning of Thursday, February 25, 2021, and a private funeral was held for him on that same evening. Prof. Pulver held Bachelors and Masters degrees in Chemical Engineering from the City College of New York of CUNY.

Prof. Pulver joined the BCC faculty ranks as an Asst Professor in February 1966 and moved up to become a tenured full Professor. Prof. Pulver was instrumental in the development of the BCC Plastics program and the associated Chemistry courses which were developed to serve students in the program. Prof. Pulver took a leave of absence from the faculty ranks to serve the college faithfully as Interim Associate Dean of Administration and Finance from September 1994 until July 1997. He indicated that he truly enjoyed the challenges posed by the position and the opportunity to serve the college in this area, but that he started to miss student and faculty interactions and his beloved Organic Chemistry. He made the tough decision to leave a higher salaried position to go back to the faculty ranks. Lucky for us in the department!

Prof. also enjoyed the role of mentor to many students. He was always busy writing recommendation letters for them for Medical School, Doctoral Pharmacy, Engineering, and other programs. He was a stickler for proper use of the English language and was always willing to help students correct their personal statements and their resumes for job opportunities. Prof. Pulver served for many years on the department’s Personnel and Budget (P & B) Committee and was known for being extremely professional, transparent and fair. Prof. Pulver was the department’s representative on the Curriculum Committee for many years and steered our Environmental Technology and Pharmaceutical Manufacturing Technology programs and their associated courses successfully through the college governance process. Prof. Pulver also championed service and at one point taught Chemistry classes to incarcerated students in the NYC Corrections system. Prof. Pulver retired in August 2020.

Prof. Pulver’s loss will be felt by his family and by the many members in the department, the college, and the university who shared many positive interactions with him. Prof. Pulver was a beloved husband to Prof. Sandra Pulver of Pace University, father and father-in-law of Dr. Shara Israel and Rabbi David Israel, grandfather of Adina (BCDS ’08) and Elisha, Yoni (BCDS ’10), Ari (BCDS ’13), Eytan (BCDS ’16) and great grandfather of Yair Fried. 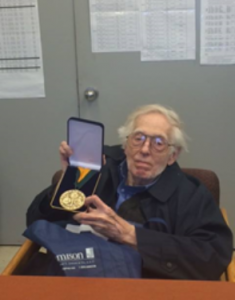 It is with great sadness that we announce the passing of our great Bronx Community College/City University of New York colleague, friend, mentor, and professor to countless students, Prof. Herman Stein.

Prof. Stein was a full professor in the Department of Chemistry, Earth Sciences, and Environmental Sciences at Bronx Community College (BCC) of the City University of New York for 55 yrs. Prof. Stein was the recipient of the BCC Presidential Medal in 2014.

Prof. Stein is the author of three books, two of which are currently still used at BCC. Prof Stein was first hired as an instructor by President Morris Meister in 1959 and was promoted to Assistant Professor at the completion of his first year. Prof. Stein developed many of the Chemistry Department courses including CHM02, CHM11, CHM12, CHM17, CHM18, CHM22, SCI 11, SCI 12 and other chemistry courses that had applications to industry. CHM02 is and has been the department’s highest enrolled course. Just in the last 12 years, 8494 students have taken CHM02.

Prof. Stein, thanks for all your service to our students and to Bronx Community College and to CUNY. May you Rest in Peace Prof. Stein and may you be richly rewarded in heaven for all that you have given to make our department and our college what it is. We are all eternally indebted to you! 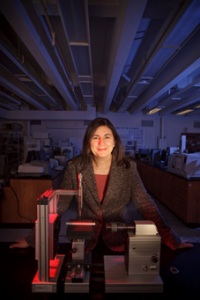 It is with great sadness that we announce the passing of our Bronx Community College/City University of New York colleague, friend, and mentor for our students and junior faculty, Dr. Vicki Flaris on February 6, 2019. Dr. Flaris’s husband, Mr. Paris Rapp, one of our long-standing adjuncts, and her son Alex were by her side.

A native of Australia, Prof. Flaris immigrated to the United States in 1997 with her husband to further her career as a senior research scientist and global marketing manager. She spoke four languages fluently (actually five, when you include Australian), and emphasized globalization and international growth. Prior to joining Bronx Community College Professor Flaris was a Post-Doctoral student in the Chemical Engineering Department at Queens University in Canada. She also held various positions including research scientist, market development engineer, industry marketing manager at major companies including DuPont, BASF Corporation and Huntsman Corporation.

Prof. Flaris, thank you for your service to our students and to Bronx Community College, and to CUNY. May you Rest in Eternal Peace and may all your hard work and spirit live on through all the students you have mentored and transformed into productive world citizens. 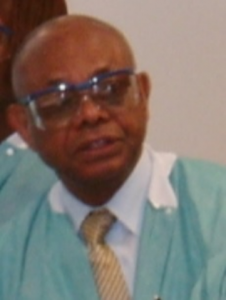 It is with great sadness that we announce the passing of our Bronx Community College/City University of New York colleague and friend, Dr. Sydney Alozie.

Dr. Alozie was first hired as an adjunct faculty in the Department of Chemistry, Earth Sciences, and Environmental Sciences in 1991, and later on, he was hired as a full time Assistant Professor in 1994, received tenure, and was promoted to the rank of Associate professor in 2000. Dr. Alozie held this rank until his retirement in 2011.

While at Bronx Community College, Dr. Alozie taught a myriad of courses but had particularly strong interest in Organic Chemistry and he was the coordinator for our organic chemistry course for students in Nursing, Nuclear Medicine, Dietetics and Nutrition, Medical Lab Technology and other Allied Health Science programs. Dr. Alozie was heavily involved with our Minority Biomedical Research Support (MBRS) program at BCC to provide our students with research experiences to prepare them for biomedical academic /professional careers. Many of the students he mentored progressed on to become successful chemists, biologists, doctors, pharmacists, physician assistants and nurses and he was well liked and highly respected by all of them.

Dr. Alozie was widely published in the area of biochemistry research and he was the first author on six peer reviewed articles in top scientific journals. He was also the co-author of the General Organic and Biological Chemistry Laboratory Manual published by Pearson Publishers and was a reviewer for the H. Stephen Stoker General, Organic and Biological Chemistry textbook published by Cengage Learning Publishing company. This book is widely used in universities and colleges across the United States and Canada.

Dr. Alozie also participated in the United States Food and Drug Administration (FDA) Rapid Detection of Pathogens Workshop in 2008 at the FDA lab in Jamaica, Queens and many other professional development activities in his tenure at Bronx Community College.

Dr. Alozie was also a top soccer player with his beloved Michigan State University and was voted the top offensive player in the country at the 1964 NCAA soccer tournament, which they narrowly lost to Navy in the finals. As a testament to his humble nature, he had never mentioned these accolades to any his colleagues in his 20 years at Bronx Community College/CUNY.

Thanks for all your service to our students and to Bronx Community College and to CUNY. May you Rest in Eternal Peace our friend and colleague!!