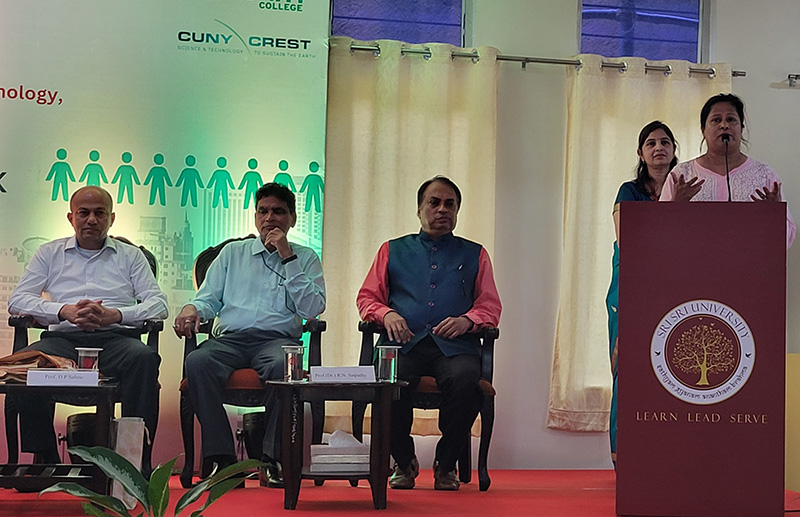 The trip for the BCC faculty was funded through a public diplomacy grant from the US State Department/US Consulate in Hyderabad-India, titled “CUNY – India Climate Collaborative” where Chairperson Phillip and Professor Sen are the Principal Investigators (PIs). The major focus of the grant was to strengthen the 75 year partnership between India and the United States through collaborations between BCC/CUNY and Indian universities in monitoring climate change and spreading awareness on this critical issue.

Prior to the trip, Chairperson Phillip and Professor Sen spent over 100 hours through Zoom meetings, emails, WhatsApp group chats and phone calls to prepare for the program activities in India. The group visited five states in India and installed six solar powered weather stations at institutions in three of those states including at Sri Sri University and XIM University in Orissa, Vignan IIT in Adhra Pradesh and JNT University, Anurag University and Meridian Schools in Telangana. The weather data is available to all of India and the rest of the world through IBM’s Weather Underground Network and through the Davis WeatherLink Smartphone app. All students who participated in the program installed the app on their phones so they could further spread the message about climate and climate change. The BCC/CUNY researchers will also be able to use the weather data to further study on the Indian Monsoon weather and global climate change. 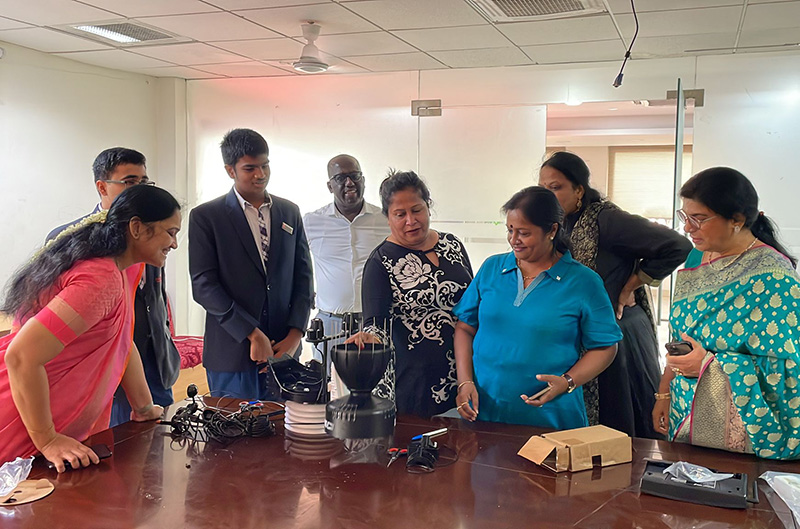 In addition, the BCC/CUNY group also conducted workshops on climate change for more than 4,000 participants that included among them, postgraduates, undergraduates and high school students and held a poster competition for over 600 students with awards for the top three winners at each school. The BCC/ CUNY team also held a beach cleanup on Puri Beach in Orissa in coordination with a local NGO (Odisha Ecotourism Foundation) and 150 undergraduate student volunteers and removed more than 776 lbs. of plastic waste from the beach. Plastics waste releases methane gas as it breaks down and affects the ability of plankton microorganisms in the ocean to absorb carbon dioxide. Methane and carbon dioxide are the main gases responsible for climate change.

During the trip, the BCC/CUNY team was guests of honor at the Sr Sri University graduation ceremony..

The BCC/CUNY team was hosted at an event at Kalinga Institute of Social Sciences (KISS) University by its founder Professor Achyuta Samanata where BCCsigned a Statement  of Shared Interests (SSI) to establish future research and educational collaboration between BCC and KISS. KISS is the world’s first exclusive tribal university and the largest in India with over 27,000 tribal students. India also recently elected its first President of tribal origin.

The BCC/CUNY team also met with the Governor of Maharashtra at his official residence where Statements of Shared Interest (SSI) were signed with Maharashtra Universities and where Professors Sen and Phillip presented on the BCC/CUNY sustainability journey with India since their first visit with students in 2019.

The team visited with India’s Ministry of External Affairs Joint Secretary for Western Europe, Honorable Sandeep Chakravorty to discuss future avenues of collaboration between BCC/CUNY and India. Honorable Chakravorty was the former India Consul General of New York who initiated BCC’s journey with India in 2019. 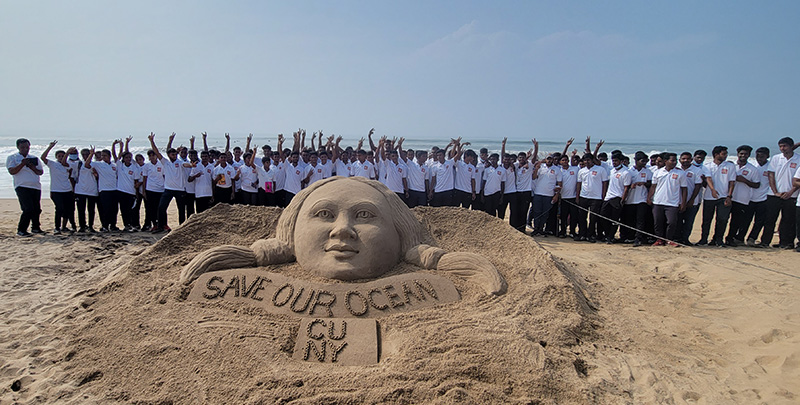 Dr. Phillip and Professor Sen and Dr. Brian vant-Hull of CUNY CREST Institute will travel to India in late December for approximately one month with eleven BCC, CCNY and other CUNY students for their NSF International Research Experience for Students (NSF IRES) air pollution research grant. This grant will focus on measuring air pollution on a micro-scale level in Mumbai and New Delhi, India’s two largest megacities with chronic issues of air pollution. While in India, they will also host a one-day conference on climate change that will bring together the students and faculty from the three states where they installed weather stations in September 2022 for their State Department public diplomacy grant. Several other universities in those three states, including KISS, Sri along with SNDT Women’s University in Maharashtra and local/national government officials, have expressed a strong interest to participate in the conference.

Dr. Phillip said: “We were so impressed with the enthusiasm of the students we met in India and how they embraced our message on climate change. They represent our future and through their commitment we know we will succeed in making climate change awareness and adaptation front and center in India and in the rest of the world.”

Professor Sen added: “Our important work on climate change enhances the reputation of BCC abroad and enables our students to expand their horizons and open up new possibilities for future studies on this important global issue. The knowledge we gained will help us to better understand the interconnectedness of weather systems and will help us to better teach/train students in the United States on this issue.”

The US Consulate in Hyderabad Public Affairs Officer Mr. David Moyer and Special Advisor for Public Diplomacy Mr. Salil Kader, the points of contact for the grant award, were both so pleased with the outcomes of this trip that they have renewed the grant for a Phase II in 2023, with double the funding from 2022. An additional goal of the 2023 grant project will be to increase student mobility from India to the United States.

To read more about the CUNY – India Climate Collaborative program click on the blog of their daily activities: https://cuny-india-climate-collaborative.tumblr.com