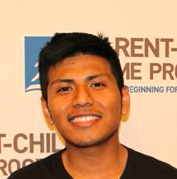 Congratulations to an alumnus who shows where a BCC degree can take a determined scholar.

*McGill is the oldest university in Montreal and one of just three English-language universities in Quebec. It is a public research institution that takes its name from Glaswegian merchant, James McGill, whose bequest in 1813 led to the formation of McGill College. In 1829 it was established as the nation’s first faculty of medicine.