BRONX BEAT: “Bronx Community College and I Were On The Same Mission.” 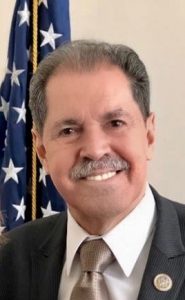 After 46 years of serving the people of the Bronx, Congressman José E. Serrano stepped down when his last term in office came to an end in 2020.

“Bronx Community College and I were on the same mission,” he says of his unwavering commitment to the welfare of his borough, from education to environmentalism. “Everybody who talks about me in Congress remembers my fight for the Bronx River. It became the symbol of the fight by the community to survive and to grow.”

One of his fondest recollections of BCC is the Run the Bronx footrace, which he ran in for over three decades. “BCC truly is a community college in the sense of that word: community. The people attending BCC are the people you meet when you go for your morning jog. I always made time to speak at the graduations.”

Representative Serrano’s political career began in the New York State Assembly in 1974. During those years, he forged a close relationship with BCC’s third president, Dr. Roscoe C. Brown, Jr., and future New York City Mayor David Dinkins. “We developed this respect for each other — two African-Americans and a Puerto Rican. When I ran for Congress in 1990, my opponent was as African-American. Dinkins and Roscoe endorsed me. That was such a human thing to do.”

The representative from New York’s 15th District rose to become Chairman of the Commerce, Justice and Science Subcommittee, funding over a hundred agencies for a total of $72 billion.

But it is the people of the Bronx who will always be Congressman Serrano’s greatest cause. The special bond he feels for his constituents he sums up in a story from his years of campaigning. “Someone came up to me and I put out my hand and he said ‘No, I can’t shake your hand — I’m a mechanic and my hands are full of grease.’ I grabbed his hand and rubbed off the grease and I told him ‘These hands are greasy because you work hard. And with these hands you can go on election day and vote for someone else and throw me out of office. So these hands are important.’ That man walked away looking at his hands like he had ten million dollars instead of ten fingers!”

Bronx Community College thanks Congressman Serrano for his many years as a supporter of our goal of education for all and an enthusiastic participant in the life of our campus.