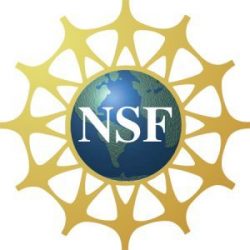 Stance Mason served with the U.S. Air Force as a mechanic for B-52s for eight years. At BCC, he’s an engineering science major with a 3.86 GPA and vice president of the veterans club. Now he has been honored for his achievements as both.

G.I. Jobs magazine has named Stance a winner of the 2020 Student Veteran Leadership Awards. According to G.I. Jobs, “This inaugural list, which honors 48 student veterans who are making a positive impact at their school and in their communities, will be published in the August issue.”

John Rosa, BCC’s Veteran Services Coordinator nominated Stance “because of how he participates in student life, specifically with the veteran population. Stance is always in the veteran’s lounge in Loew Hall, encouraging everyone to study. He motivates a lot of people to participate in math tutoring, he helps veterans deal with the stress that they have from PTSD. All the guys and gals go to him to get advice. He’s that guy. He also works, he goes to school full-time,” notes Rosa. “So he has a lot on his plate.”

And soon he’ll have more. The National Science Foundation has asked Stance to be a part of the “Research Experiences for Undergraduates in Satellite and Ground-Based Remote Sensing at NOAA CREST: Expanded Opportunities2” program. The fellowship runs from Summer 2020 through Spring 2021 and comes with a total stipend of $9000. Stance will pursue this new phase of his studies at the New York City College of Technology of The City University of New York in downtown Brooklyn.

Stance plans to graduate from BCC this year and transfer to a four-year college for an engineering degree. The BCC community congratulates Stance Mason on all he has achieved and thanks him for his service.