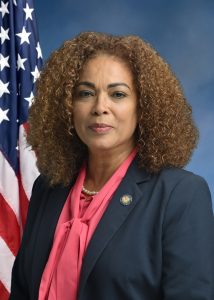 Yudelka Tapia is the new New York State Assemblymember for the 86th District, the home of Bronx Community College. But she has a long history of activism.

“I was born in the Dominican Republic. My family was a family of organizers. My grandmother always taught us that we have to leave this world better than we found it. My father was a revolutionary. He fought in the civil war against the invasion of the Yankees in 1965.”

Her own social activism began when she was an undergraduate at O&M University in Santo Domingo. There she organized students against political corruption and domestic violence. She founded and served as President of the Unión Democrática de Mujeres, a national women’s group.

When she was 19, Assemblymember Tapia came to the United States, attending Bronx Community College in the early 90s. She would later earn a master’s in Urban Policy and Leadership from Hunter College.

“I worked for the City of New York as an auditor for 23 years. But my passion was always serving others. When I came here, I found that the majority of issues that we had in DR were the same issues we had in the Bronx. We were living in poverty, getting the worst schools, being discriminated against.

She has fought those battles as president of the Parent-Teacher Association at Roosevelt High School and a member of the Executive Committee of the local DC37 Union, New York City’s largest public-sector employee union.

She began her political career as a Democratic District Leader. It reached new heights when she was elected to the State Assembly. Not long after she was sworn into office on January 5, the deadly fire that swept through an apartment in Tremont brought renewed attention to one of AM Tapia’s great concerns.

“I have been fighting for affordable housing forever. My district has a $21,000 median income. If affordable housing is not there, where are our families going to live? That’s the reason we have so many homeless families and children in shelters. This is something that bothers me every single day.”

AM Tapia is now part of a state, federal and local effort to pass legislation that will result in more and safer housing that Bronxites can afford.

Her commitment to education continues as well. She is fighting for full funding for CUNY and is similarly supportive of Bronx Community College.

“It is so necessary to have a college that is educating our black and brown communities, who are the majority of BCC’s students. I see every day how BCC is changing the youth because they are staying in the Bronx. I told my children ‘You can be good in the Bronx. You can get a good job and you can inspire others.’ That’s’ what BCC represents for us here in the Bronx and the city as a whole.

“I love the Bronx. We have fought hard for the things that we have and there’s still so much to be done. So I continue the fight.”